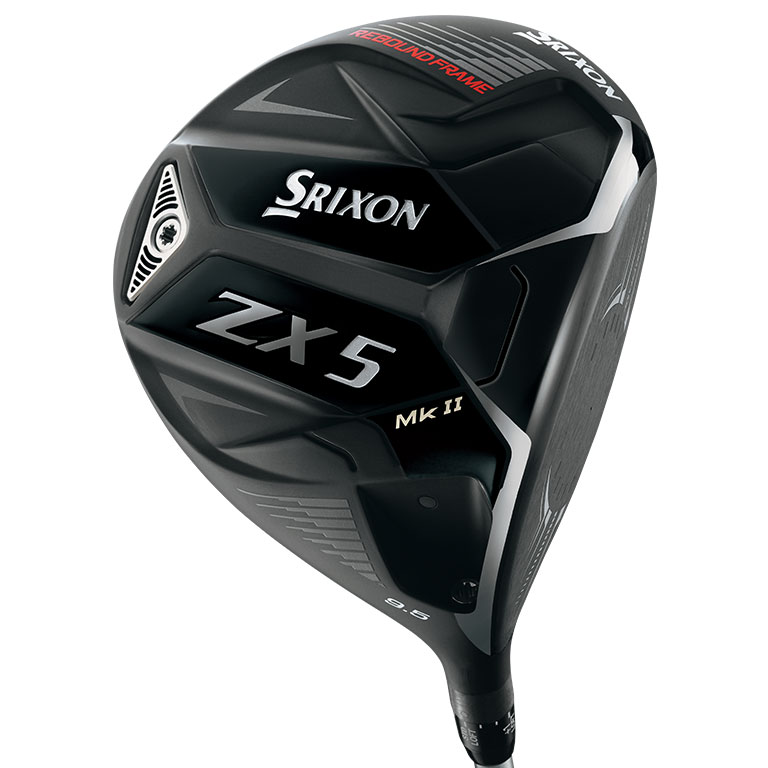 The SRIXON ZX5 Mk II series driver adopts a "seamless" head made possible by the full titanium structure, and an "edgeless" head with rounded and thickened edges. This creates a smooth and large deflection to create impact and achieve amazing ball speed. Also, this time, they have added the SRIXON ZX5 Mk II LS Driver, which reduces spin by placing the weight of the sole closer to the face and making the center of gravity shallower and lower.

made possible by the full titanium structure, a rounder and thicker "edgeless" head is adopted. The evolved "REBOUND FRAME Mk II" has a "FLEX ZONE" with low rigidity that creates large deflection and a "RIGID ZONE" with high rigidity that firmly receives power without escaping. By arranging them alternately, the repulsion performance is greatly improved and the ball speed is increased.

A High moment of inertia and low center of gravity realize a stable flight that is resistant to mistakes.

By thinning the entire crown while maintaining strength and optimizing the distribution of surplus weight, a high moment of inertia and low center of gravity design is possible, achieving a stable flight that is resistant to mistakes. In addition, for the material of the thin face that produces a large amount of deflection at the time of impact, "Super-TIX® 51AF" titanium with low specific gravity, high strength, and high elasticity is used. The deflection has evolved by making the central part thinner than the conventional model.

The SRIXON ZX Mk II ZX5 LS driver has been newly added to the lineup by placing the weight of the sole closer to the face and making the center of gravity shallower and lower to suppress spin and achieve a strong trajectory that can be hit firmly and withstand the wind.

An orthodox rounded shape that is easy to hold

By giving it a matte finish, it doesn't shine and looks tight when you hold it, which stabilizes your address and gives you the image of swinging through.