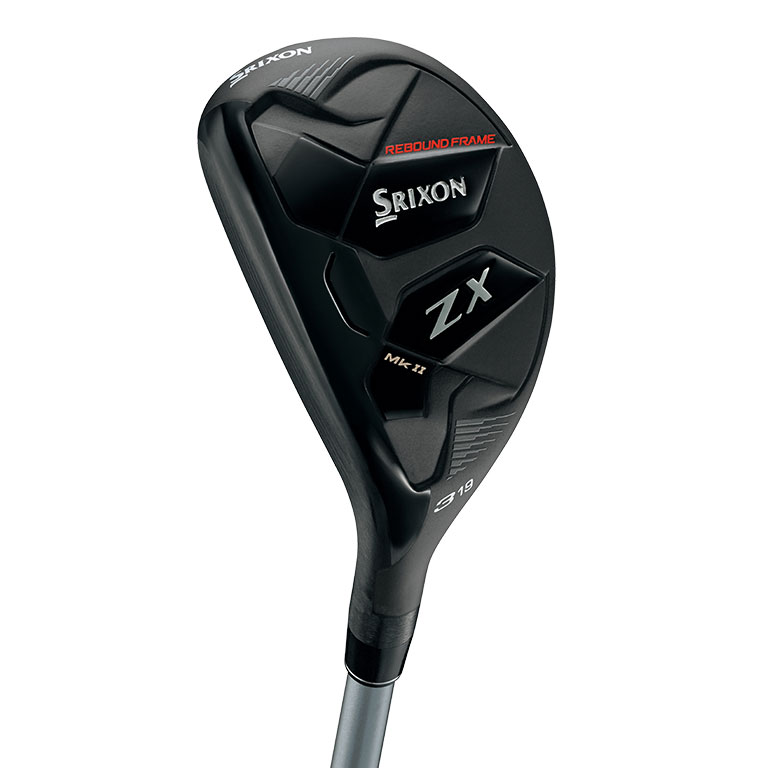 Introducing Srixon ZX MK II Left Handed Hybrid - JDM Version, a Hybrid that can aim at the pin with a long flight distance and high trajectory.

Srixon has released the SRIXON ZX Mk II Fairway Wood and “SRIXON ZX Mk II Hybrid” which achieve the fastest ball speed in SRIXON history with its 4-layer REBOUND FRAME Mk II, which has evolved to increase speed and power. ”

EHigh trajectory and stable flight -A deep low center of gravity design with excess weight placed behind the sole. Achieves a stable spin rate by expanding the moment of inertia and high launch.

Further rounded roll design for increased forgiveness - The amount of spin at the top and bottom hit points is stable, and the flight distance loss due to off-center shots is reduced.

Head shape that is easy to set up - Incorporating the opinions of tour pros, the head shape makes it easy to hold straight toward the target and allows you to imagine a ball line. it has a sole design that eliminates the convex part on the toe side and heel side of the sole and reduces the resistance of the turf. The step on the crown has been eliminated which reduces the image of a hard-hitting feeling. The leading edge from the neck is slightly rounded to make it easier to pick up the ball and aim.