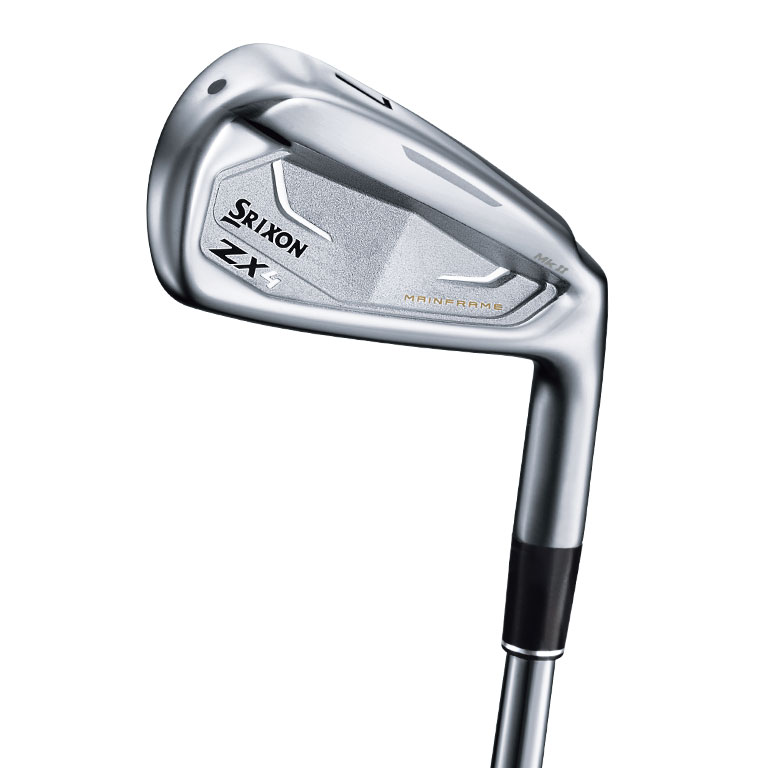 Introducing Srixon ZX4 Mk II Irons - JDM Version, The ZX4 Mk II iron combines the maximum distance performance and forgiveness in the series with the "MAINFRAME Mk II" in a sharp form that is typical of Srixon .

With a sharp appearance like SRIXON, the maximum flight distance performance and forgiveness in the series.

The "speed groove" grooves placed around the periphery of the face and the optimal face thickness design further, increase the deflection of the face and improve repulsion performance.

Hollow structure iron with sharp form - The form has been significantly revised from the previous model, and the head shape design is unique to SRIXON , which makes it hard to believe that it has a hollow structure .

Compared to the previous model, the top line and sole width are thinner, and the face progression is increased to create a fearless head shape that inherits the Srixon lineage.