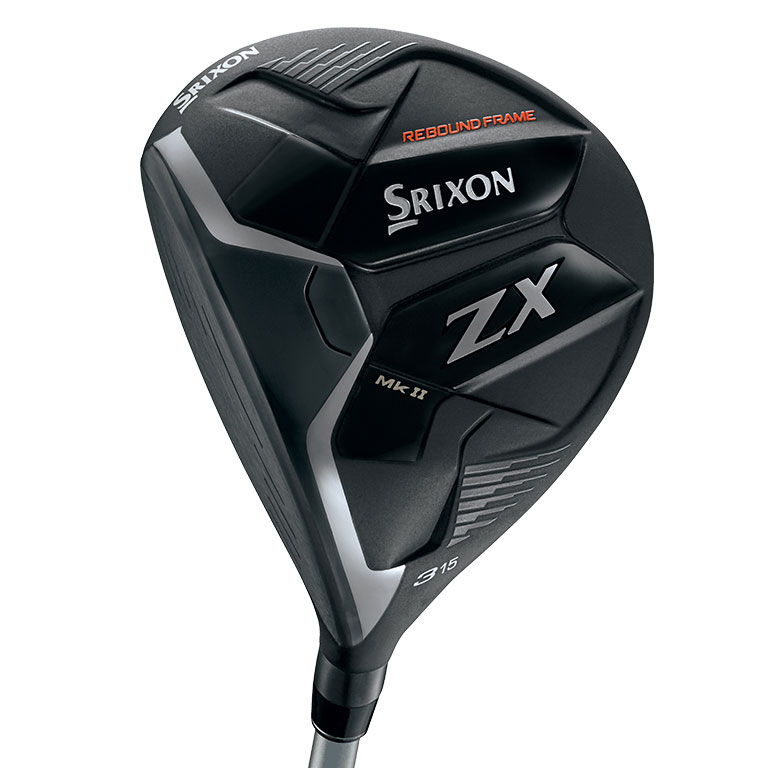 Srixon has released the SRIXON ZX Mk II Fairway Wood, which achieves the fastest ball speed in SRIXON history with its 4-layer REBOUND FRAME Mk II, which has evolved to increase speed and power. ”, and “SRIXON ZX Mk II Hybrid”

Like the driver, "REBOUND FRAME Mk II", which has a 4-layer structure in which "low-rigidity areas" and "high-rigidity areas" are alternately arranged, creates a large deflection to increase ball speed.

Head shape that smoothes the flow between counts

The head shape provides a sense of security and is easy to hold. #5 and 7 have a higher center of gravity to increase the amount of spin, resulting in more accurate shots.

Consistent shots from various lies - A good head design that is not easily affected by lie.

Long flight distance with high launch and low spin - The lightweight carbon material composite crown increases the moment of inertia by optimally distributing excess weight. The synergistic effect with the stepped shape of the crown realizes a high and strong trajectory with a low center of gravity.

Stable flight distance and directionality with high trajectory - By making the head shallow and designing the optimum center of gravity position, a high trajectory, and a large flight are achieved.