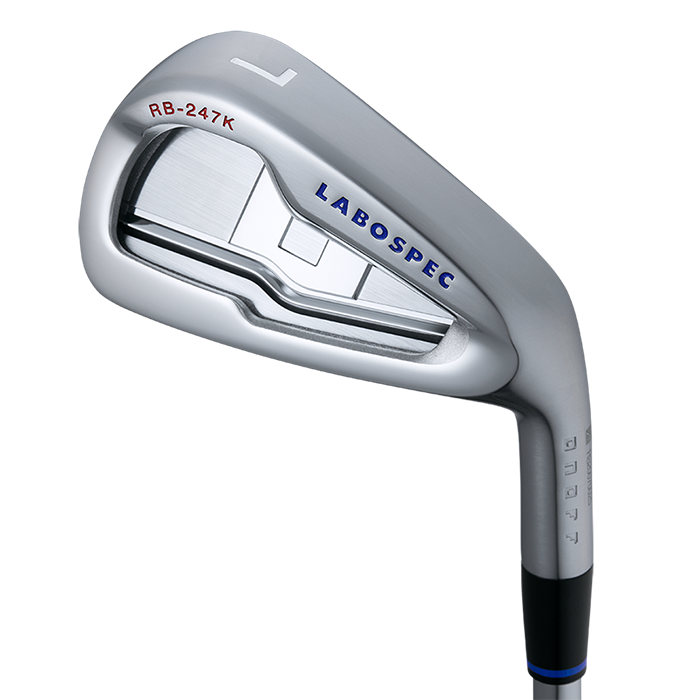 Introducing ONOFF LaboSpec RB-247K Iron. RB stands for “Red & Black”, the manufacturer's two classic men's lines, for the new Labospec irons from the Japanese golf club manufacturer ONOFF. The irons of the limited Labospec series RB-247K combine the best properties of the (Red) AKA series - forgiving and long - with the outstanding features of the (Black) KURO series, namely feeling and control. The high-performance irons are made for golfers who are looking for the perfect mix of sportiness and playability in their equipment: easy playability, power, and control.

Labospec models are only available in limited numbers and for a limited time. Orient yourself in design Labospec models already on the next generation of ONOFF golf clubs, too the know-how of the best flows when designing a new Labospec series ONOFF tour professionals. Labospec models are made for people who work with have both feet on the ground and know what to expect from a golf club.

The sixth generation of the Labospec RB-247K irons impress with their unique A mixture of easy playability, distance, and convincing performance in terms of Control and feeling at the moment of impact. The irons give brutal feedback without fail to punish. In addition, the most modern design supports the high art of construction of the Japanese engineers is based on the player or his swing.

With the Labospec RB-247K irons, the optimal one ensures more precision in the iron game Placement of the center of gravity, with medium and short irons not at the can be found in the same place. The middle irons (5 to 7) put more weight on the Placed in the heel, this supports the rotation of the clubhead so that the Clubface square comes to the ball. The short irons (8 to PW) have a center of gravity at the tip that prevents the clubhead from closing prematurely and helps to achieve more stability and control over the flight of the ball.

The ONOFF engineers have worked together with the ONOFF contract players on the ladies tour of the Labospec RB-247K irons for a high-bounce design decided; these easy-to-play irons enable the golfer to make precise shots in every imaginable situation.

The irons can be combined with woods from the AKA line or the KURO line to form a full set complete.

- #5 will be available as extra club options.