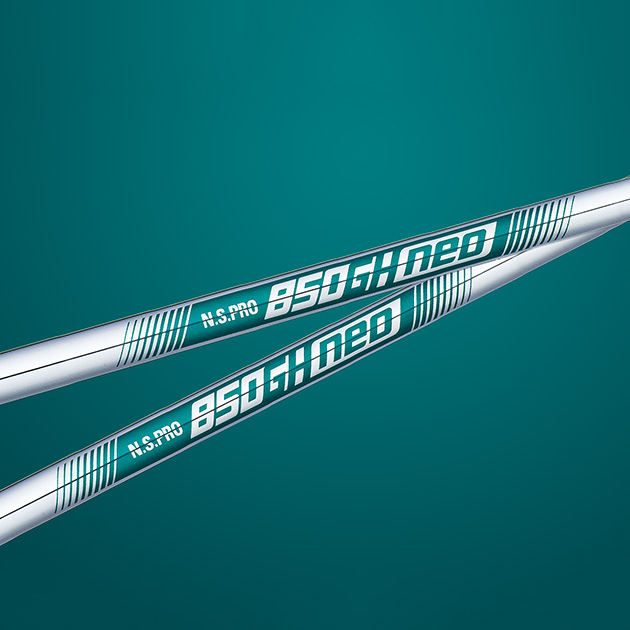 Introducing N.S.PRO 850 GH Neo Shaft. Inheriting the "NSPRO 950GH", which has been acclaimed around the world for its lightness, sharp swinging comfort, outstanding control performance and flight distance, it was developed with the ability to maximize the performance of the latest club heads. NSPRO 950GH neo ".

Based on that lineage, we have refined our ability to respond to the ever-evolving iron heads, and the "NSPRO 850GH neo" has been born, which can be swung lighter and lighter and demonstrates high performance.

■ Injecting the essence of "NEO" into 850GH, which boasts an overwhelming usage rate on women's tours

The "NSPRO 850GH", which has received overwhelming support mainly in domestic women's tours due to its outstanding control performance brought about by its lightness and sharp swinging comfort, boasts a high usage rate in women's tours for more than 10 years.

This weight range is excellent in weight matching with driver shafts in the 40 to 50g range and is a "golden spec" that can be incorporated into the club settings of average golfers as it is.

Taking the genealogy of "NSPRO 950GH neo" which has high responsiveness to the latest iron head, "NSPRO 850GH neo" of "golden spec" that can be swung lighter and lighter was born.

With a flexible design using original manufacturing technology that contributed to the development of numerous hit models, in addition to a high launch and proper spin trajectory that matches modern irons, we pursued a higher degree of perfection as an "iron club".

By adjusting the balance point (center of gravity of the shaft), we have achieved a comfortable club spec even when shifting from 850GH (・ 950GH) and combining with 950GH neo.

Even if you move to an iron head with a longer center of gravity, the grip diameter (15.00mm) is set to be slightly slim to achieve smooth swinging without discomfort.