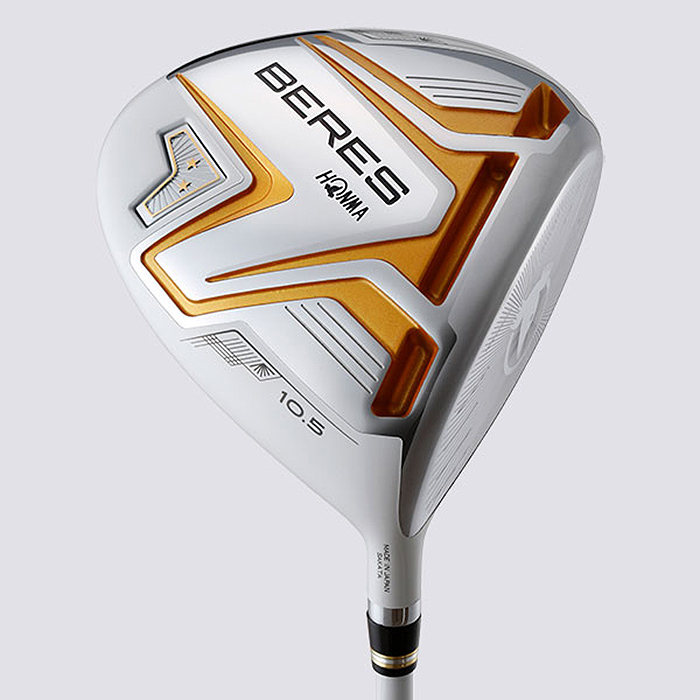 The noble and unrivaled view of the world has renewed the BERES image. Achieves overwhelming high performance and high quality at the highest level in history. It is the one and only existence that will be your "buddy" in pursuit of the ultimate. Strong and beautiful BERES wearing the dignity of world-class Japanese beauty.

By dividing the groove of the sole into the center, toe, and heel, the resilience performance of each part is maximized.
By shortening the length of the groove, when the center hits, the deflection returns instantly and a high initial velocity is realized. At the time of the off-center hit, the effect of returning the trajectory to the center can be obtained by increasing the gear effect.

By adopting the L-cup structure with high resilience performance, the resilience force at the bottom of the face is especially improved. By expanding the repulsion area, it is resistant to miss-hits of RBI and realizes stable shots.

The radial uneven thickness on the inner surface of the face has evolved further. By widening it over the entire face, the repulsive force increases and the repulsive area is expanded. The synergistic effect with the L-cup face realizes the highest face repulsion force in BERES history.

The uneven thickness of the crown linked to the triple slot of the sole demonstrates a highly efficient deflection effect for the entire head. In addition, the weight of the crown has been reduced to lower the center of gravity due to the heavy concern about the sole, achieving even higher initial velocity and higher trajectory for the target golfer.

A consistent swing trajectory is achieved by winding the newly developed material "10-axis braided cloth sheet" with high compressive strength around the batting side and accelerating the crushing and returning movement of the shaft during the swing. The counterbalancing effect is improved and the swing speed is improved. Increasing the strength of the shaft sheet makes the swing path constant and enables accurate shots.

Directional stability of the trajectory due to stable head behavior

Due to the difference in materials and design used due to the upgrade, the flight distance performance due to the increase in swing speed is demonstrated with higher accuracy.

- custom order ( will take 6-8 weeks and cannot be canceled )