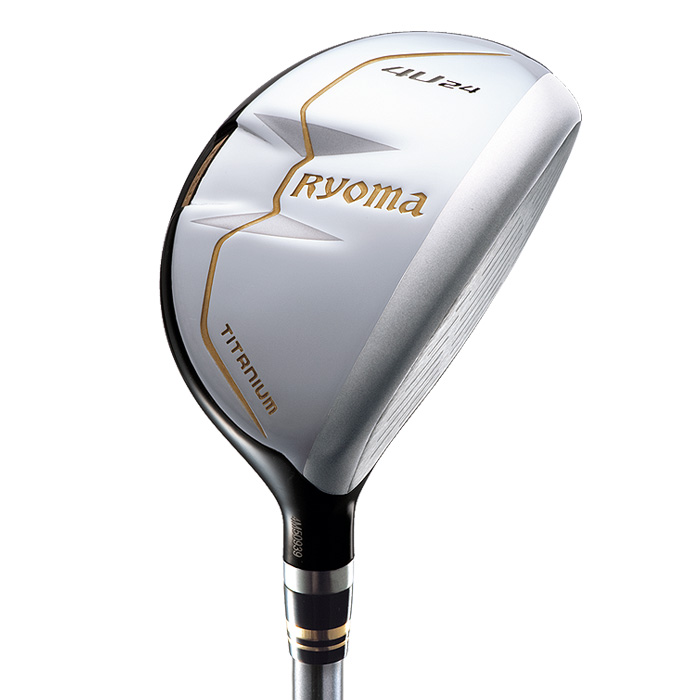 Introducing Ryoma U Ladies Utility, an Iron-replacement hybrid that delivers a longer distance than a long iron, and is as easy to hit as a middle iron.

The RYOMA U is a high-performance hybrid that makes it easier to hit a pin shot even from a challenging lie or a downslope. This hybrid incorporates RYOMA’s proprietary DSI technology, which is also adopted on our drivers and fairways.

The patented club head structure that combines a cup face made of high-strength titanium and an ultra-thin crown provides a large sweet area. Compared with conventional hybrids, the RYOMA U imparts up to 2.1 m/s more initial velocity to a ball at impact and reduces the backspin by 700 rpm; it also reduces sidespin by up to 30% to reduce the hooks and slices by half even on off-center hits. The RYOMA U enables a shot that carries 10 to 15 yards longer than conventional hybrids with the same loft. Golfers of every skill level can improve their scores on the course by the powerful trajectory produced by this hybrid, which is longer and straighter.

Better Control Of Distance And Direction, Even On An Off-center Hit

As hybrids are shorter than drivers and fairway woods and deliver lower head speed, whether a player hits a ball on-center or off-center with a hybrid makes a big difference to the player’s score on the course. For instance, a clean on-center hit may get a ball on the green, while an off-center hit may result in a ball hitting a greenside sand trap. A RYOMA U hybrid has a club head with a center of gravity that aligns perfectly with that of a ball at impact, and its highly elastic body and specially designed face combine to impart a high initial velocity to a ball. Even on an off-center hit, the ball travels longer and straighter, resulting in an improved score on the course.

Most conventional hybrids with a cast steel head have a high center of gravity and tend to impart a large amount of backspin to a ball at impact, which causes the ball to balloon before reaching its highest point during the flight. Although this has an advantage of a ball hitting the ground without much roll, the downside is that it ends up with a shorter ball distance and that, as is often the case with long irons, a smaller sweet area inherent in a steel head makes it difficult to control distance and direction on an off-center hit. A RYOMA U hybrid has an innovative head structure that makes it possible to launch a low-spin ball at a high initial velocity and at a high angle. The ball flies a longer distance until it reaches high above the green and descends toward the pin. Even when a ball is hit off-center or with a descending blow or into the wind, the ball barely balloons but takes a strong trajectory straight toward the green.