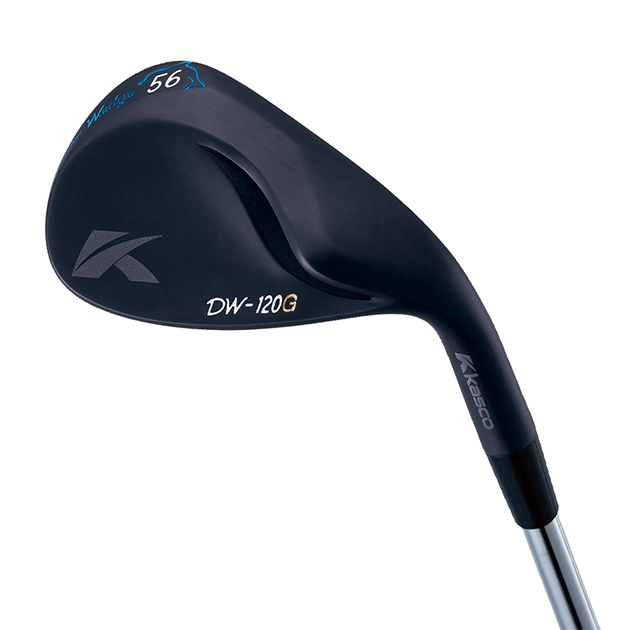 Introducing Kasco Dolphin Ladies Wedge DW-120G, even people who are not good at bunker can easily escape the bunker.

Golfers who do not open the face even in a bunker and golfers who are not good at hitting with the face open have developed the concept of "a wedge that can easily escape from the bunker" than the conventional dolphin wedge. The sole shape that Dolphin Wedge has been paying attention to has been pursued to be even easier, easier to pull out, and easier to operate.

A new semi-gooseneck model with the quad sole

The leading edge of the DW-120G is set 3.5mm behind the straight neck (DW-118). Designed to make it easy to catch the ball by hitting it with the image of a hump.

About 70% of average golfers hit with their faces open during bunker shots. However, when the face is opened, it is difficult to get the image of swinging in the target direction, and mistakes are likely to occur. As a result of investigating the angle when the 56 ° wedge is held open (face is opened), it is found that "56 ° wedge is held open" ≒ and "64 ° wedge is held square" . The DW-118 is a wedge for golfers who approach the golfer simply by holding it in a square without opening the face. At the time of a bunker shot, we have lined up 64 °, which creates the same situation as when the wedge is opened even if you hold it in a square and hit it.