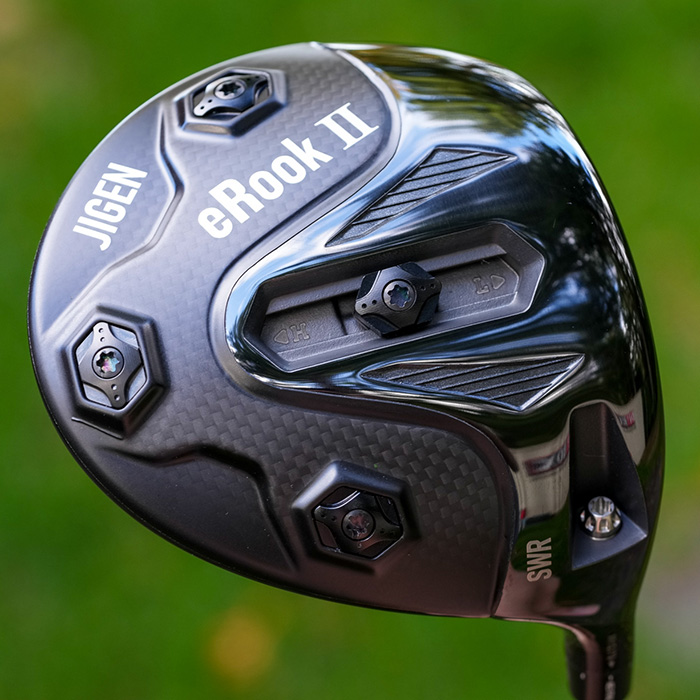 The straight-line performance of the original driver was achieved by reducing the gear effect of the flat face. The face has a trampoline effect on the entire face due to the face being close to a flat surface (bulge & roll 14 inches). In combination with the elongation performance peculiar to titanium material, the face is bent and the flight distance is created as a repulsion. However, Both a golfer with an average head speed and a golfer with a fast head speed will get the benefits, when it hits, the bending of the face became excessive and the backspin tended to increase slightly.

The ball speed is improved by transmitting impact energy to the ball without loss due to the effect of the new structure "Symmetry Wing Rib" in which the ribs are arranged symmetrically.

In addition, since the symmetrical ribs maintain the balance of the center of gravity of the head, it also has the effect of stabilizing the behavior of the head, making it easier to catch the ball with the core.

Spin reduction by lowering the center of gravity

The excess weight created by adopting a carbon material with a light specific gravity at the rear of the head is distributed to the sole weight. Backspin is reduced by lowering the center of gravity. In addition, a new structure that places the adjustable weight at the bottom of the sole has realized a lower center of gravity.

Customize the position of the center of gravity to your liking

Normally, titanium is used for the saucer of the screw, but carbon is used for eRook II. By reducing the weight while maintaining the same strength as titanium by the latest technology, the effect of the adjustable weights installed in 4 places can be maximized.