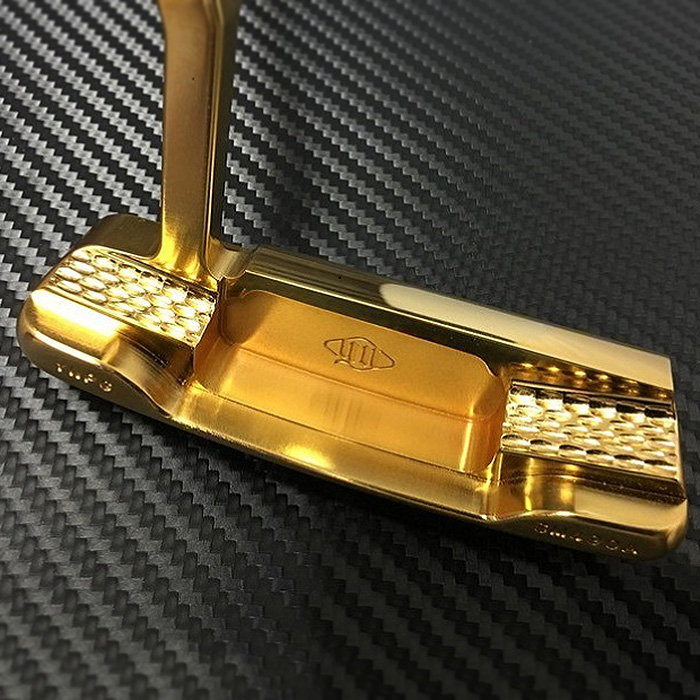 Numazawa-san travelled to the United States to connect with the aura that American golf had surrounding it and after returning to Japan a year later joined Bridgestone sports in 1987.  A total of 30 years experience for top manufactures working with tour pro's and amateur players, then a long period of silence as he lost motivation in 2008.

(SM-490A), which is also used for the hull of luxury cruise ships, is a very high-quality soft iron base material.
Since the expansion coefficient is small without being affected by temperature changes in the four seasons, changes in vibration are unlikely to occur, creating an unparalleled and stable feeling.
It is very soft (equivalent to S14C) and it is possible to obtain a more solid feel.

Pure gold is said to be the only mineral that is harmless to the human body, and it is said that an amperage current that is almost the same as the bioelectric current that is flowing in the human body is flowing. Metals that can be called "pure gold" in Japan are limited to those with a purity of 99.99% or higher, which is 24K. Since armsgain has a strong commitment to pure gold, CUSTOMIZE-24k is engraved on the sole part.
Due to the nature of pure gold, the film should be about 10μ to protect the head from wear due to use, but the feel of hitting is the ultimate softness of pure gold and the feeling of SM490A, which has a softcore of soft iron. You can taste. And that form is exactly the word "beautiful".