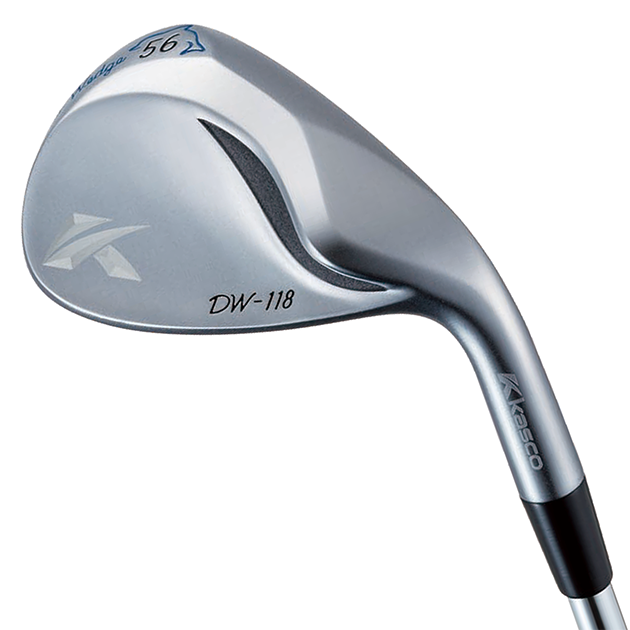 Introducing Kasco Dolphin Wedge DW-118 Ladies, even people who are not good at bunker can easily escape the bunker.

Golfers who do not open the face even in a bunker and golfers who are not good at hitting with the face open have developed the concept of "a wedge that can easily escape from the bunker" than the conventional dolphin wedge . The sole shape that Dolphin Wedge has been paying attention to has been pursued to be even easier, easier to pull out, and easier to operate.

Bunker test result of DW-118. It is obvious if you look at how to remove the sand.

A bunker demo machine was used to perform a comparison test of disconnection and resistance due to the difference in head. Due to the effect of Yamagata sole, it rushes into the sand without sticking in the sand before impact, there is no resistance at the lowest point, and it smoothly exits in the swing direction after impact, so even amateurs whose swing trajectory varies can feel at ease. Explosion shots are possible!