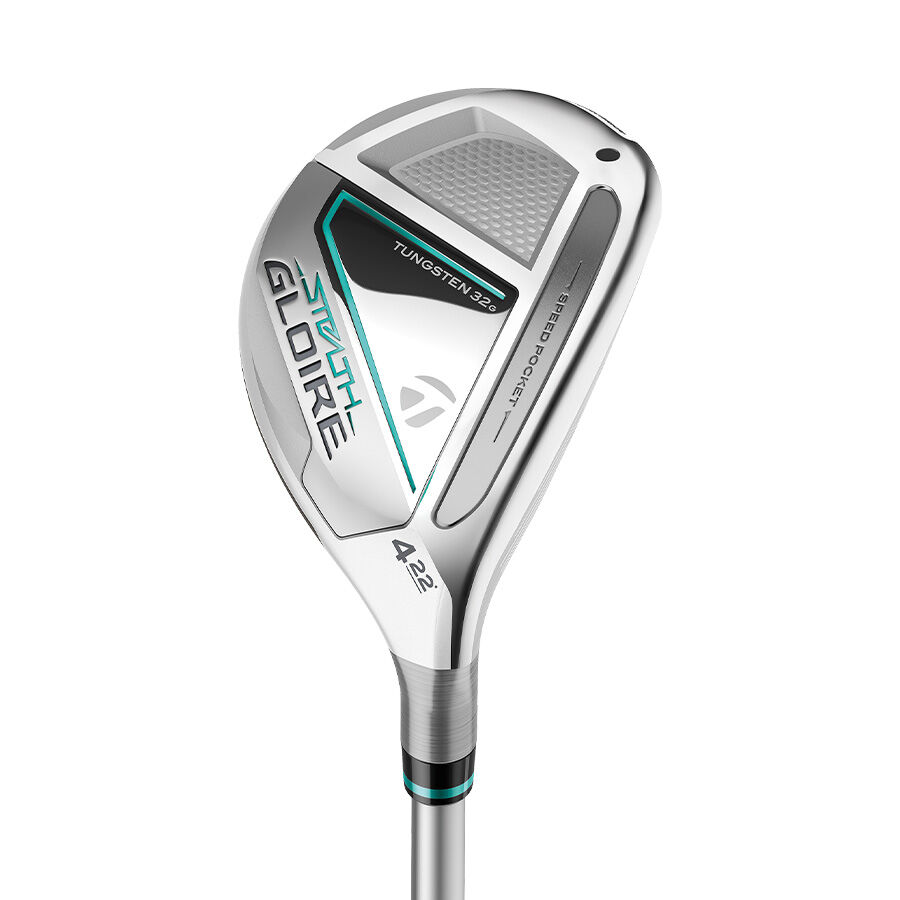 Stealth Gloire Rescue will lead you to the unseen self you envision. The low center of gravity and draw bias design of the Stealth Glore achieve stable flight distance and forgiveness. Let's challenge the game to a further dimension with a rescue that can aim with excellent straightness and high trajectory.

By placing a tungsten sole weight on the heel side and mounting a draw bias weight inside the head, the moment of inertia (MOI) is increased and a draw bias design is realized.

FRIENDLY CLUBS FOR ALL GOLFERS

Adopting the optimum center of gravity design for all golfers. As a result, it improves the initial velocity of the ball and makes it a rescue with excellent tolerance that gently extends the flight distance.

Technology that enables weight distribution to achieve a lower center of gravity and greater forgiveness while reducing weight by adopting the optimal materials for each part. Lightweight yet high-strength carbon material is used for the crown. As a result, the excess weight is replaced with a draw bias weight inside the head to achieve high straight flight distance performance.

Draw Bias Design - forgiveness is improved by placing tungsten sole weights and increasing the moment of inertia (MOI). The draw bias weight mounted inside the head is designed to close the club head at impact, suppressing slices and creating a natural grip.

Twist Face -Technology that reduces the bending of the ball by twisting the face according to the hitting tendency.