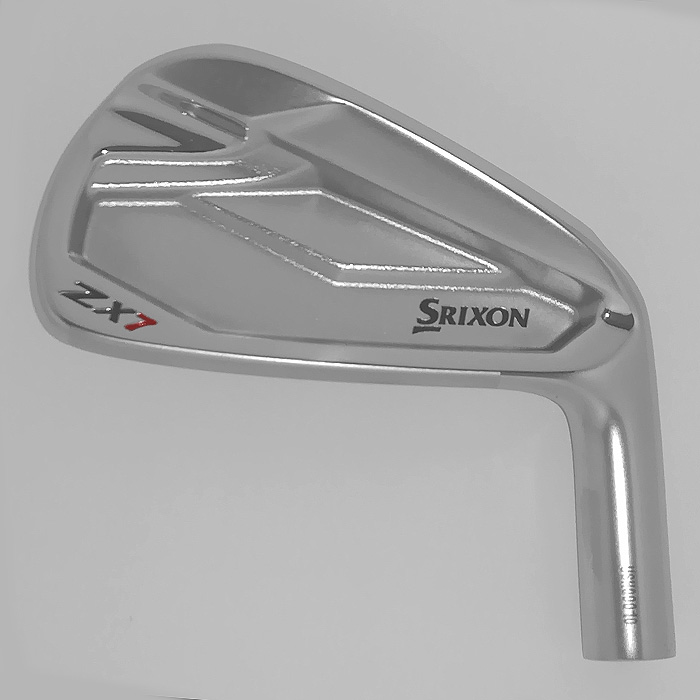 Left Handed Version, The current images in this listing are right-handed version, we will update the image as soon as we get the left-handed version.

Skilled players want it all: power, forgiveness, and total control.

To deliver that, Tour Cavity subtly shifts some mass to ZX7’s perimeter while also concentrating mass right on the sweet spot.

The resulting performance features slight assistance on off-center strikes, remarkably soft feel, and every ounce of workability demanded by the world’s best.

Srixon’s ZX7 Irons deliver a player's irons that look and feel like a blade while offering more speed and total control. Experience incredible feel and maximum shot-shaping ability with the ZX7 Irons.