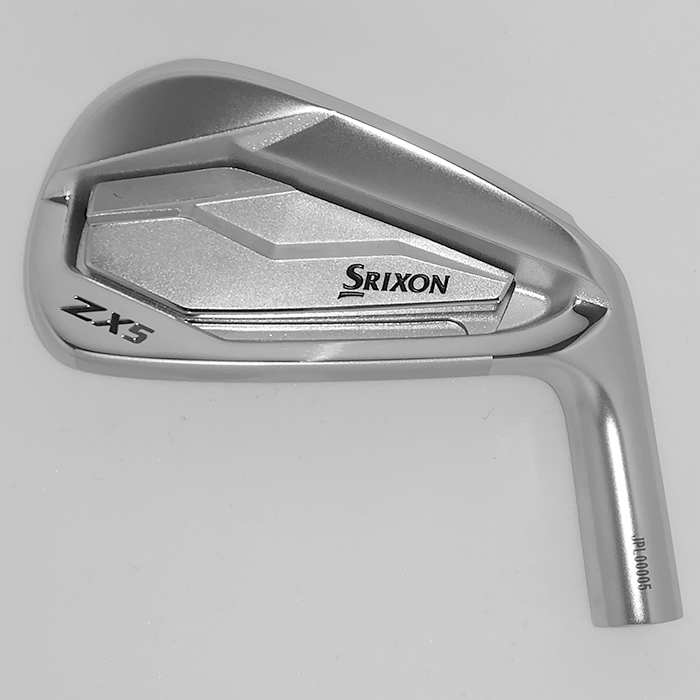 Left Handed Version, The current images in this listing are right-handed version, we will update the image as soon as we get the left-handed version.

Created with human intelligence yet perfected by the artificial kind, MainFrame is a one-of-a-kind face design that increases ball speed on every shot. While our engineers set the parameters, our computers ran the simulations—thousands of them—until we had our fastest irons yet.

Milled into the backside of each ZX5 face, MainFrame is a variable thickness pattern made up of grooves, channels, and cavities. This pattern maximizes COR for more ball speed and incredible distance on every shot.

Srixon’s ZX5 Irons combine pioneering ball speed technology with premium forged feel and delivers all of it in a forgiving yet workable chassis that’s razor-sharp at address.

A milled pattern on the backside of ZX Utility's face maximizes COR for more ball speed and more distance on every shot.