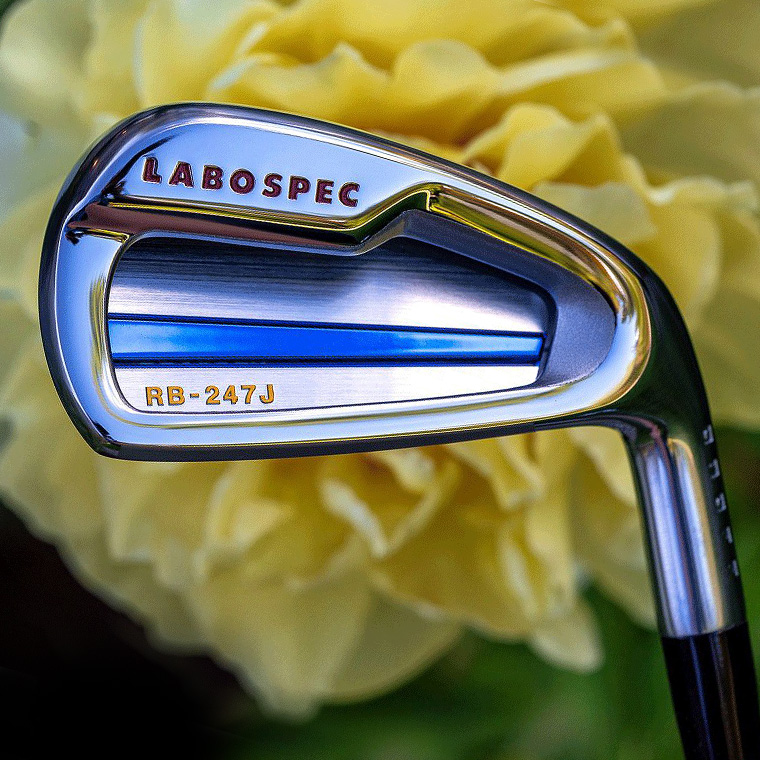 Labospec club developed to provide the best club for golfers who play on Onoff, beyond golf style, intention, power, and level.

The initial speed is improved with Onoff's original twin trench (groove), and the flight distance is improved.

Equipped with a face structure provided with Onoff's own dedicated trench (groove) for the continuous pursuit of flying irons. Set the face to a thickness of two steps, greatly increase the repulsive force of the actual hitting position. We pushed the ball strongly and realized the "flying" iron by the initial speed improvement.

The 4th to 7th irons have a built-in tungsten alloy (10 g) on the sole toe side.

Not only is it easy to raise the ball by lowering the center of gravity, but by bringing the sweet spot close to the face center and match the hit point, you can swing with a feeling similar to a wood with the face closed and closed. It is an iron that makes golf easy by making the swing simple.

ONOFF has achieved a soft feeling of impact by loading the vibration stabilizer at the bottom of the sole, despite the high impact performance face material and structure.

Based on the advice of Onoff contract professionals who are active in the women's pro tour, it is difficult to be sloppy and adopts hivans design with good omission. Including the tour scene where severe shots are required, it is an iron that can hit more accurate shots gently in various golf scenes.

ONOFF face laser milling with excellent spin performance and stable spin performance in various impact directions while being rule-compliant.
It reduces the amount of spin reduction due to run out, rough and flyers when it rains, and produces stable shots.