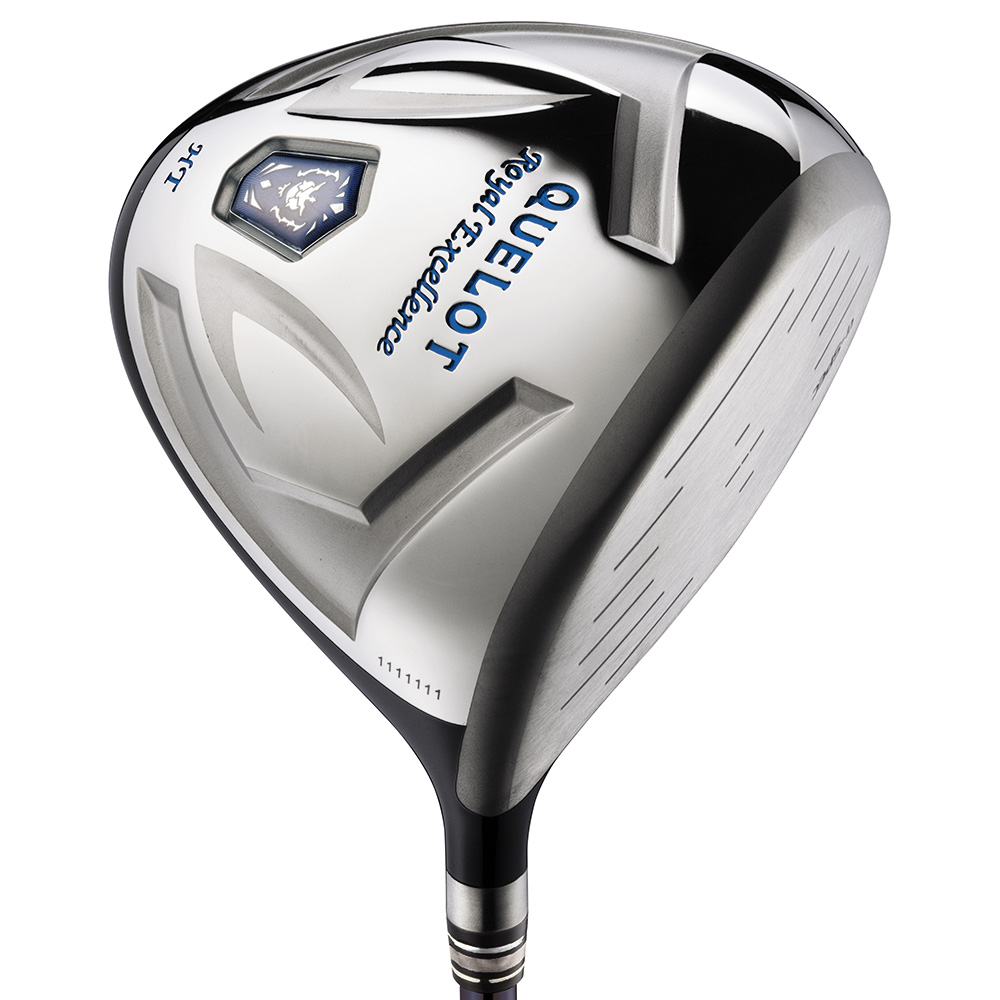 The dream of all golfers for more distance. It's been 14 years since the Quelot brand first came to life in 2000. Over the years, it's technological evolution has advanced in parallel with innovations at Geotech, all with a focus on distance performance. Thoroughly embraced by the recreational golfer who with Quelot not only dream of more distance by experience it as a reality.
The Quelot RE14 series is the next step to a new level of distance and performance.

The Quelot RE14 Driver feature a high spring SP700 Titanium face designed with a specially widened sweet spot. The optimal hitting area is expanded to cover portions of the toe and heel, significantly minimizing miss hits side to side.
Compared to common drivers the semi-deep face of the RE14 is able to consistently produce higher smash factor results over a larger area of the face. Smash factor is calculated by dividing the ball speeds by the head speed and typically a 1.4 rating and above is considered a “nice shot”.
As illustrated in the above image, the RE14 is able to generate 1.4 smash factor, in other words, still very high ball speeds even when off center. The actual high speed area of the face, which is the spot where the highest ball speeds are generated is more than double that of a common driver.

the Quelot RE14 driver is more forgiving across the face vs a common driver. Based on a 42m/s (95mph) swing speed we see examples of ball strikes both with horizontal and vertical off center hits. Listed is the average ball speed as well as average distance gain over the common driver head with identical misses.
The Quelot RE14 is designed to limit distance loss all across the face and still give a player the chance to hit it long and straight even if they don’t always hit the center of the face.

* the misses are based on 20mm towards the toe and towards the heel and 10mm up and down.

With more than 80% of the crown being a very thin 0.5mm, over 20% of the weight can be moved lower in the head compared to conventional drivers. This allow for a very low center of gravity producing high launch and low spin for max distance.
The Isometric body design minimises the distance between the crown and sole when the driver head flexes. During impact, energy is maintained in a straight line and transmitted directly to the ball for maximum ball speeds.

Compared to most drivers, an increase in face progression of about 10% couple with a wider sweet area with deeper center of gravity and larger gravity angle allows the head to “catch” the ball with a square face. This reduces any twisting which can be common among bigger heads. This allows the driver to create not only high distance performance but also amazing direction.
A new slit sole structure creates high energy efficiency by stabilizing any flexing of the sole at impact. It also acts as fine tuning for a pleasing sound when striking the ball.

The RE14 Driver can take advantage of Geotech’s SWA System (Swing Weight Adjust System) which allows an extension weight of 1-4g to be placed in the hosel of the club. This allows club makers to tweak the overall club for length and performance based on each golfer.