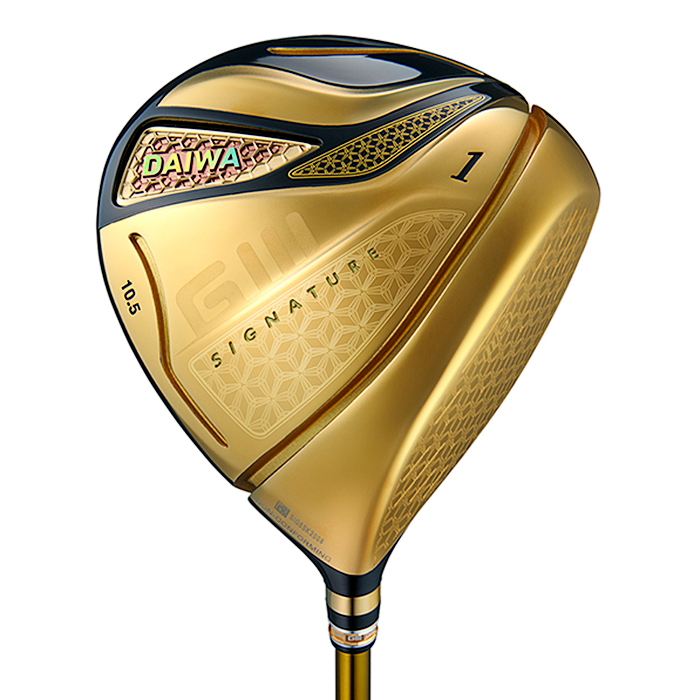 Introducing GIII Signature Driver 2021, The head and shaft have achieved extreme flight by further evolving the technology for flying beyond the rules.

The driver uses an innovative head shape that reduces air resistance and increases head speed. By adopting a balloon-like bulging shape for the crown, the turbulent area is reduced, air resistance at impact is suppressed, and the head speed is increased. The initial velocity of the ball has been improved, and a flying head that brings unprecedented head running has been realized.

GⅢ original high resilience material, GⅢ neo-titanium face produces a coefficient of restitution of 0.875. Uses a material that has about 1.6 times the resilience performance of general material 6-4 titanium. ( * Data measured by GIII Daiwa )

By realizing the lightest 38g shaft in GⅢ history, the weight of the entire club has been reduced, the ease of swinging has been improved, and the head speed has been increased.