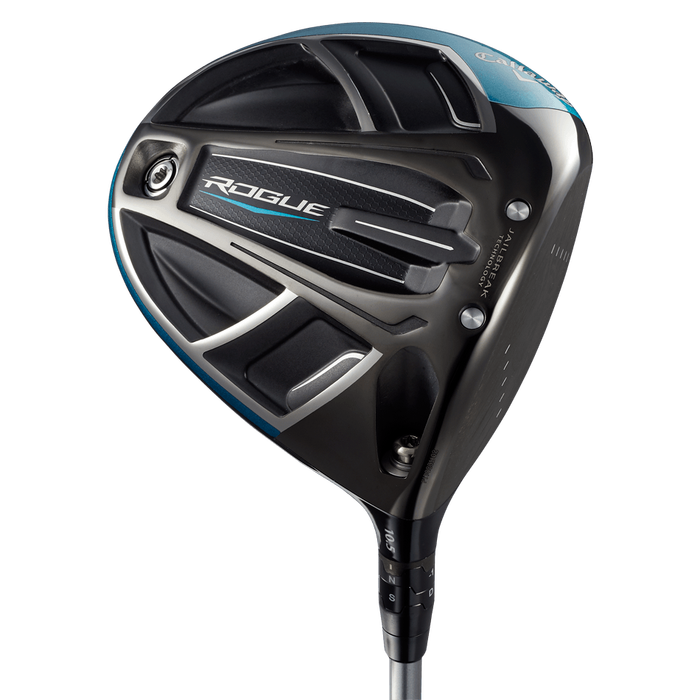 Callaway's R & D (research and development) team defeated common sense in the development of past drivers and challenged the redesign of the driver. They have evolved innovative JAILBREAK technology which made the GBB EPIC driver the No.1 in the United States * and injected all knowledge to improve the ball's initial speed of the R & D team. In addition, we adopted a new head shape that increases the moment of inertia, realizing ultimate gentleness. Fusion of ultimate ball speed and ultimate gentleness. A ROGUE driver was born in order to bring the overwhelming distance of the two pillars, JAILBREAK.

- Customize trajectory with Adjustable Hosel - The adjustable hosel (COG) can adjust the loft angle and the lie angle of eight in total by a combination of precise two rings. This allows adjustment according to the needs of the golfer, and the trajectory that got the optimum launch condition brings the maximum distance to the player.

- Neutral bias design - By installing about 5 g of sole weight behind the sole, the head designed with neutral bias realizes high launch angle and moment of inertia.