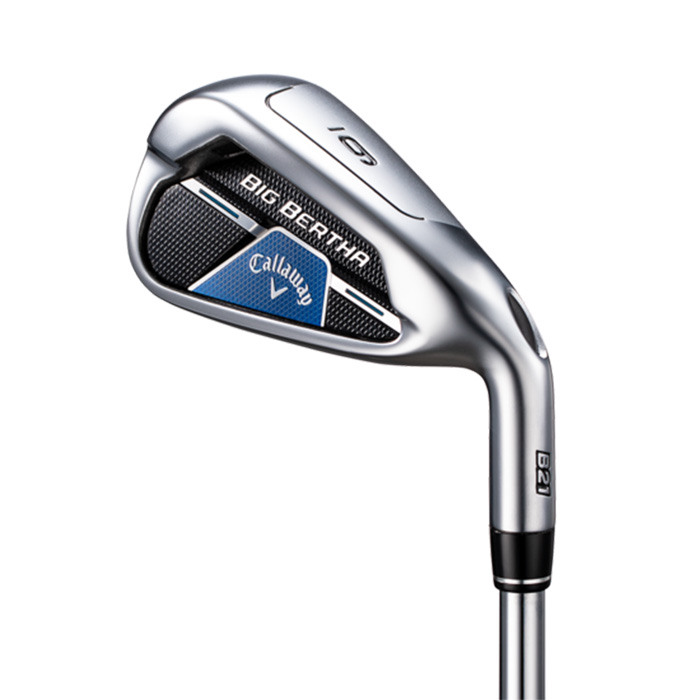 You’re looking for more distance, and the Big Bertha B21 Irons are here to give it to you. They’re engineered for players who want fast ball speed, high launch, straight shots and a new level of confidence.

High ball speeds and increased spin robustness from our industry-leading A.I Flash Face Cup. Ball speed is further enhanced by our 360 Face Cup that flexes and releases at impact.

A club profile that's engineered to give you more confidence over the ball with noticeably wider soles. For easy launch, lower spin and straighter flight, we've added more offset into the head.

Now you can get higher launch conditions through the set. Callaway has added a significant amount of custom tungsten weighted, so we can deepen the CG with extraordinary precision while still maintaining high ball speeds.