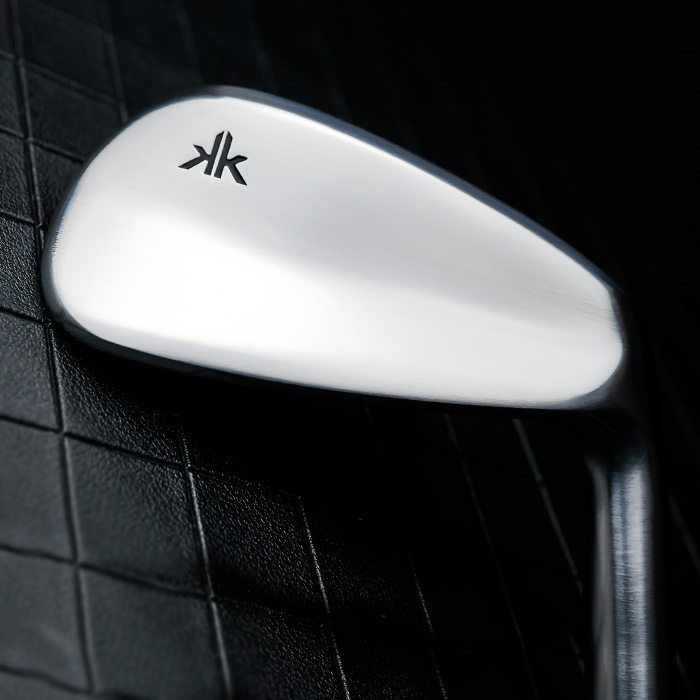 Introducing the 2021 KYOEI K1 Heritage Blade Iron which is based on the K1 Mold. The K-1 mold was used to manufacture many top players’ irons including those on the U.S PGA Tour during one of the most historic eras in the game.

KYOEI is on a tear!  This is their fourth release in less than two months!  It started with the KCM Heritage blade,  yes that beautiful raw grain black dye finished muscle back iron,  then their new mold RRC wedge which is their new S25C player's wedge,  then the new  2021 Heritage cavity back iron, and now we are proud to introduce the 2021 K1 Heritage series blade!  One of their blades is based on the KCM mold, raw grain in black, and the other one is based on the K1 mold, smooth polished in NiCr chrome satin-finished in-house at the KYOEI factory!

Why two blades?  It's hard to deny JDM fans of the original KCM mold,  it's got tour victories and has been used across multiple JDM brands over the years with only success.  At the same time, the K1 blade has historical meaning plus PGA tour victories and has been used countless times over the decades. The K1 has a thinner topline and less offset mold vs mold although both can be ground to meet any player's needs.

The two are also differentiated by the finish.  Some people don't want their irons to patina,  some want that smooth-looking no-fuss soft nickel chrome plating that KYOEI is famous for.

When it comes to mold characteristics the K1 not only has a thinner sole, topline with less offset but it has a more shallow face and it's slightly longer heel to toe.  We like this a lot because it supports forgiveness and a high launch to help balls drop dead near the pin with ease.

The specs also support accuracy with traditional lofts.  That's right the #5 is 38* and the PW comes in at 48*.  Face progression is the way Japan measures offset,  it can be confusing to those new to JDM gear but simply put 5.5 is no offset while 6.0 leans toward onset.  Please keep in mind the neck taper and angle which is not offset can have an impact on how the appearance of offset plays visually.  If you look at the specifications the #8, #9, and PW all have 6.0 face progression.

What is the Heritage Series?  In a nutshell, the heritage series utilizes KYOEI's most historically famous molds.  The irons have traditional lofts and specifications and they are 100% made in the KYOEI factory in Himeji Japan.  Truly unique because this is an original KYOEI mold that is hand ground from a large heavy raw head to shape then finished in-house at KYOEI - ALL UNDER ONE ROOF.  NO other brand in Japan can say the same. Zero.  Truly authentic with zero outsourcing and part of KYOEI's Heritage!